Cancer Care and Palliative Care in the USAnd Canada: Some Unscientific Observations 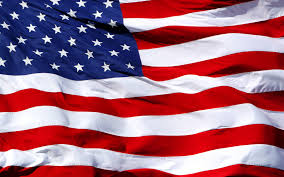 I spent a week in Toronto over the holidays, and as I told Customs, it was mostly “pleasure,” but I also never quite got away from thinking about healthcare. Last I left you, I told you about the saga of a friend in the United States getting tertiary level (or high-level specialty care) surgery in a small hospital with neither tertiary-level care capability, nor good quality of-care ratings. Up in Canada, I stayed with a close friend who retired from work in a hospital-based oncology unit. Now spending a bit of her retirement painting, she described herself to me one night as being “in recovery from oncology.” Also in Toronto, I had tea with a physician leader in cancer prevention as well.

All of this occurred within the backdrop of knowing through close friends of two people with cancer in Canada; one was in palliative care in western Canada and died in palliative care after a short illness. The other, a friend’s grand-niece, is getting active treatment in a Calgary tertiary care center for a type of bone cancer that strikes teens: osteosarcoma.  This was not the initial hospital that she was evaluated at.

Unlike the US, in Canada, when a patient has this kind of osteosarcoma, requiring surgery and chemotherapy, s/he is routed to the cancer facility with all the skill to handle it.  This complex care is organized regionally, within a province. According to Canadian colleagues, there is much outreach out of city centers on optimal referrals and appropriate care.  I learned from my retired friend that my friend who was denied a transfer to the most skilled place in my area, that in Toronto, this same person would have been transferred to Princess Margaret Hospital there, which handles all such cases. When we were interested in having my friend transferred to a tertiary level care facility, some physician colleagues told me that hospital transfers to an academic medical center are a piece of cake. “It is seamless, all you have to do is call this 800# and they do everything,” one doctor told me.

The rules are very different for the average patient in the United States. Anybody with an MD can hang out a shingle and claim to be able to treat a complex case. We learned that a transfer can be as daunting as admission to an Ivy League college.

Cancer care hospitals in the US are concerned with their outcomes. If the patient doesn’t look salvageable on certain outcome measures, maybe s/he won’t be able to obtain the  expected transfer. Will the patient advance the hospital’s research agenda? If unlikely, well you had better move aside. Is this fair? Is this equitable? Is this something a patient navigator can help with? I suspect not.

Palliative care also seems to have more of a place in Canada. About 25 years ago, I got my dad into a hospice demonstration project in California when we learned he had 2 to 6 months to live. Believe me, the hospital wanted nothing to do with hospice. I found it on my own and it was the best thing that we did for the sanity and wellbeing of my dad and our family. Once I mentioned the hospice word to the hospital and my father refused to cooperate with yet-one-more endoscopy for a research project and I refused to coerce him, the hospital was ready to move his medical records to the basement.

A few years ago, when my mother was failing, again, I had to bring up hospice to her doctor.  Maybe the death panel propaganda is ruining access to palliative care for many Americans. Maybe comfort care can too easily be translated to pulling the plug and killing people. Maybe, unless it can be made profitable, it just won’t fly in the United States.

I don’t want to unfairly romanticize Canada — although Canadians do make superior tea and Christmas pastries! My analysis is far from scientific. However, I think I may be onto something here and  I urge those with research dollars to investigate some of these patient-centered claims. I’d like regulators to take a look at access via transfer, whether JCAHO, Department of Justice, ProPublica, or others.

I do think something changes north of the United States when the multitude of insurance carriers turns into a single payer, when care doesn’t hinge on volume and number of procedures. There seems to be more of a chance for equity –something I don’t see coming to the US too soon.

This entry was posted in palliative care and tagged Canada, hospice, international differences, single payer, US. Bookmark the permalink.

2 Responses to Cancer Care and Palliative Care in the USAnd Canada: Some Unscientific Observations